Abstract:
Astrology is based in theories of time and space, space-time we might say, inherited from the classical world. These include such radical notions as the simultaneous existence of past, present and future. But are such theories compatible with 20th-century physics, as proposed by relativity and quantum mechanics? Or not? And if archaeologists now talk about entangled archaeology, from the idea that atomic particles can be entangled, is astrology also entangled? And has it always been? And, then, what happens in an astrological consultation? Nick will look at the work of theorists such as Paul Davies and Frank Tipler to explore these questions, and perhaps pose new ones.

Abstract Title: Spatio-Temporal Representation and the Language of Astrology

Abstract:
Over the last 20 years, psycholinguistic researchers have advanced understanding of the interplay between language and thought.

Many studies of this nature have focused on how the language one speaks interacts with the mental representation and processing of Time.

Grounded in that psycholinguist research, this study examined astrology’s right to be considered a language by linguistic standards. Then, it explored the lived-experience of a handful of English speaking, actively engaged, seasoned Canadian astrologers to learn how they conceptualize Time, and to explore whether those conceptualizations conformed to standard Time representations for English speaking populations. 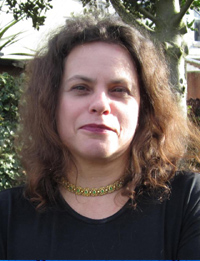 Abstract Title: The Relationship between Women’s Media and Popular Astrology

Abstract Title: Maya Skyscape Iconology and "The Vase of the Count of Days"

Abstract:
This research examines the painting on a Classic Period (600-800 CE) Maya ceramic vase, formerly designated K1485, and pulls back the iconographic layers to reveal a complex illustration of the Maya heavens filled with active celestial deities, stars, planets, and ecliptic skyband imagery. Further investigations into symbol counts present an image infused with calendric and directional information, contextualizing the painted vase as an ancient Maya cosmogram.

Abstract Title: The Marriage Of Astrology And Psychology – A 20th Century Phenomenon?

Abstract:
The term ‘psychological astrology’ refers mostly to currents of astrology from the early 20th century onwards, the time when C. G. Jung’s writings became known, first in the German-speaking world, then as translations among English-speakers. Historical evidence, however, suggests that astrology had psychological characteristics before this time, even long before the term ‘psychology’ had been coined. This talk will give examples of this evidence and will examine text passages from German astrology books of the early 20th century, whose authors were contemporaries of C. G. Jung, for their psychological content, whether it overlaps with or differs from ancient psychological features.

Abstract Title: The Nature of the Soul in Contemporary Western Astrology

Abstract:
The soul is often referred to in contemporary Western astrology, though astrologers and scholars question the idea of whether it is, or can be, represented in the horoscope. Individual perspectives on this subject, as well as the varied nature of belief in theories of fate and free will are apparent in the diversity of astrological practice. Western esoteric notions of soul, personal development, spiritual awareness and the evolution of consciousness have progressed from ancient beginnings and have become more prevalent in the work of contemporary astrologers. In this discussion, the nature of the soul in Western astrology is examined through the concepts of karma and reincarnation in relation to the horoscope and its use.

Abstract Title: Is there a role for the Daimon/Guardian Angel in Twentieth-Century Psychological Astrology?

Broadly, the presentation centres on a 'psychological' approach to astrology and examines the role of the Platonic daimon as an intermediary being, whose features were mediated through Jung's language of depth psychology and revealed in the interpretation of two key protagonists James Hillman (1926–2011) and Liz Greene (b.1946).

Abstract:
Panpsychism has recently emerged as a serious philosophical position, advocated by commentators such as Galen Strawson and Philip Goff. It holds the promise of addressing philosophy’s ‘hard problem’, namely the continuing failure to explain the existence of consciousness in terms of material processes. This talk will ask whether contemporary models of panpsychism are consonant with ideas of a living or ensouled cosmos upon which astrology has been predicated in times past. Further, it will consider if (and how) panpsychism could support a modern practice of astrology.

Abstract Title: Is there mazal in Israel? A tale of two citings

Abstract:
From the academic to the popular, the aphorism, 'there is no mazal for Israel' is often portrayed as the final word of rabbinic opinion regarding astrology. This discussion will question that conception, as it probes the primary sources and unveils the layers that comprise the original Talmudic text. After gaining a deeper and broader understanding of the Talmudic worldview, it will briefly address whether or not the rabbis veered from the Tanakhic rejection of astrolatory.

Abstract Title: Contemporary Cosmology in Hip-hop and the Rap Language

Abstract:
It has been argued that Hip-hop has become a transnational global artform and that rap language is a verbal artefact, and therefore a subject worthy of scholarly debate. This exploratory study into hip-hop music looks for evidence of contemporary cosmology with the aim of introducing heavenly discourse into the debate.

MA in Cultural Astronomy and Astrology